Are you considering buying a new car this year of 2017 – and if it really means that you are willing to buy a vehicle either by spending your hard-earned cash or through the mode of financing, whichever way suits you – has to see our smart and reliable recommendations before to proceed further.

Anyone who spends $25,000 to $35,000 on acquiring a vehicle must to give   priority that such vehicle will hold up long after the warranty runs out. The transmission, turbocharger and tie-rods should last long and justify such huge car payments, too.

Best reliable vehicles will have lower operating costs and worth more at trade-in because such models depreciate at slower pace. Please check out these wallet-friendly cars for the year 2017.

“We find buyers are increasingly avoiding models with poor reputations for dependability, so manufacturers can’t afford to let quality slip, particularly on their best sellers,” J.D. Power vice president, global automotive, Dave Sargent, said in a statement. “The good news is that consumers don’t have to spend a lot of money to get a very dependable vehicle.”

Here’s a closer look at the results of the J.D. Power 2017 Vehicle Dependability Study. 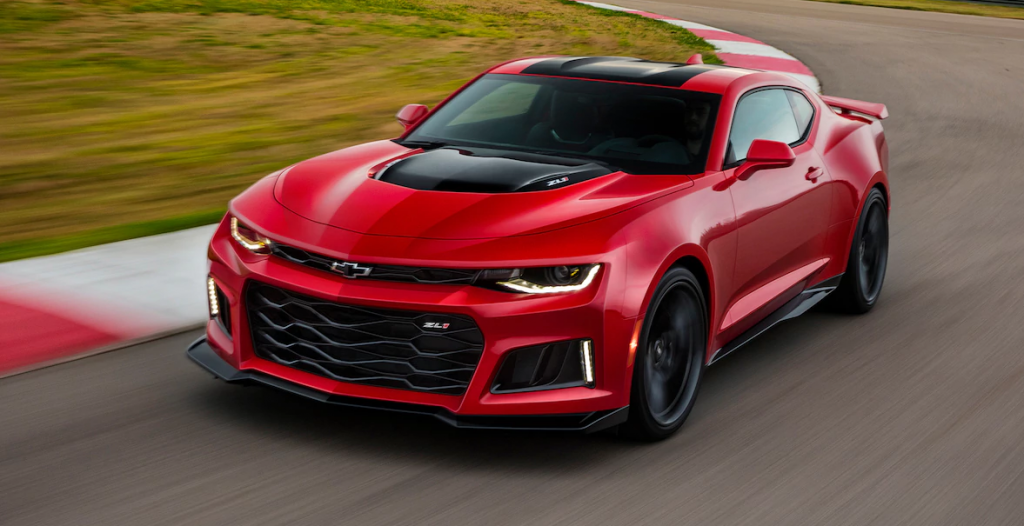 The sixth-generation Camaro model has more to offer as it is 90 kg lighter than its predecessor, and is much improved in terms of acceleration, handling and efficiency. The Engine choice ranges from a turbocharged 275-hp four-cylinder, to a strong 335-hp V6 and a molar-rattling 455-hp 6.2-L V8, courtesy of the C7 Corvette. It has smaller footprint and a fighting trim back. The sharp and nimble handling is due to its extraordinary grip that keeps the car planted.

The Camaro looks better than ever but the high beltline and low roof conspire to limit outward visibility. The cabin has been thoroughly modernized enough to adjust all the latest tech gear, including Android Auto and Apple CarPlay. The new model of 2017 is the ZL1: that makes Camaro ultimate with its 650-hp supercharged V8. 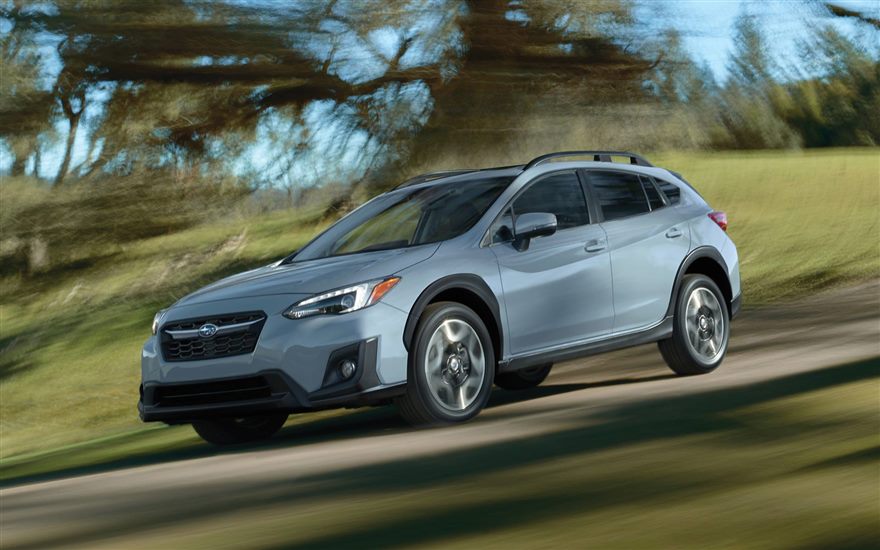 Subaru has horizontally opposed flat (“boxer”) engine and standard symmetrical all-wheel-drive system. The flat-four lies low under the hood, which decreases the centre of gravity, while its north-south orientation tolerates the output shafts to be equal length for balanced power and torque delivery. The 2.0-L four cylinders have a hardly muscular body and it provides a middling 148 hp and 145 lb-ft of torque – such engine is well coordinated with the manual gearbox or automatic CVT.

The Crosstrek has the greatness of all-wheel drive ability, generous ground clearance and excellent versatility – with the sporty hatch, the handling is good and also its fuel efficiency its roof rack is not sky high. It is compact and five adults can fit in a pinch – and the drive is a little noisy on the highway but manageable. 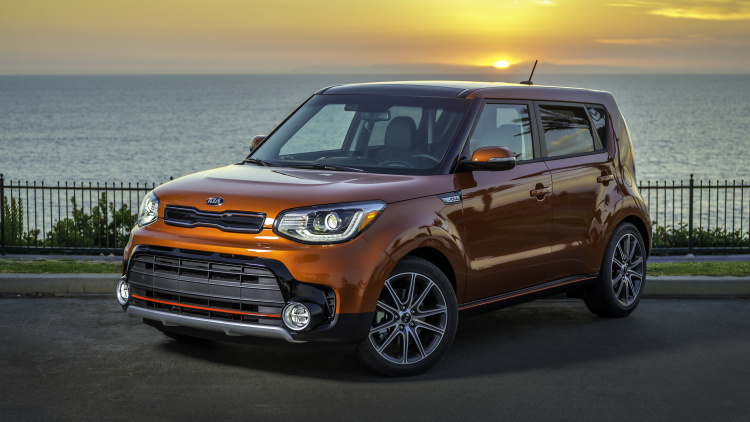 This model of Kia Soul has been designed by the South Korean automaker after taking into consideration the challenges of their first rectilinear five-door wagon in mid-2009 and used a platform of modified Kia Rio , and well employed an independent front strut suspension and torsion-beam rear setup without compromising the cargo space. It’s a cubic shape front-drive subcompact.

It has a boxy exterior, whereas the interior especially the dash which is molded into expressive shapes, each instrument is well placed and easy to read and operate. The car seats are well placed of the floor and headroom is generous as well. The buyers may choose three different capacity of direct-injection engines

The Santa Fe comes with two models one has as a five-seater Sport, while the long-wheelbase XL model offers three-row seating for up to seven occupants. The cabin facial appearance comes with high-quality materials and a broad range of standard features, it has heated front seats, seven airbags, rearview camera display, fabric protection and 40/20/40 split-folding rear seats that offer fore-aft adjustability. 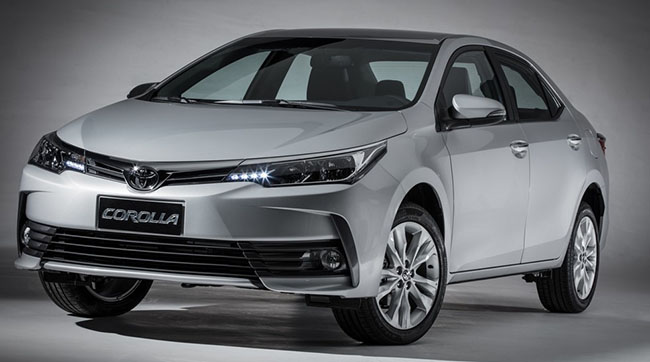 Since 1966, why more than 42 million Corollas have been assembled and sold throughout the world due to one persistent quality the Corolla doesn’t break much and its durability. A vehicle that will reliably start in any hot and cold environment is the main reason that’s makes it most popular despite not being quick and saves the time by not visiting service bays.

The quality features that makes this model successful is that it continues to employ the tried-and-true 2ZR-FE 1.8-L four cylinder engine tied to an ancient, but proven, four-speed automatic transmission (a CVT is available, as is a six-speed manual gearbox). Producing just 132 horsepower, even though the Corolla is not quick, but it manages pace. Truly the 2017 models have decent space and are sophisticated, economical and easy to drive – and they are made in Canada. 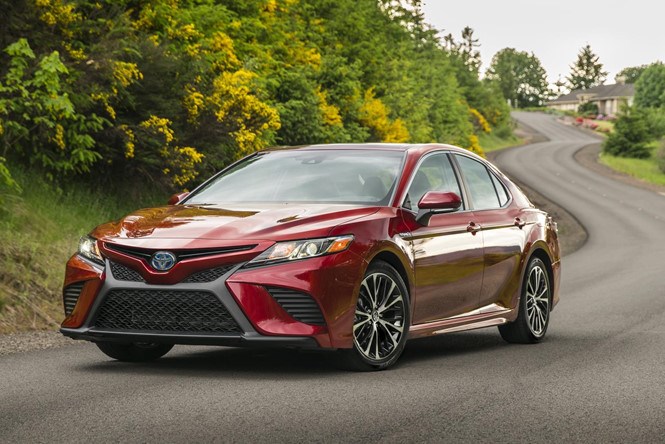 The Toyota Camry is the world’s bestselling car for the past 20 years and has won consumer reliability confidence because it’s spacey cabin, gas-sipping engines, quiet composure and mainly the stainless body material. J.D. Power Camry had reported in its 2017 Dependability Study that they have found Toyota models have the lowest problem incident rate in three-year-old models.

The Toyota body structure has been stronger and touger, and the suspension has been tweaked to feel more buttoned down, resulting in better handling and without sacrificing the Camry’s limousine ride. The sport-tinged SE is the best driving model in the range.

The cabin is specious enough to accommodate five adults, along with good sightlines that many drivers find helpful. The Camry offers three engine to chose

A V6 a refined four-cylinder and, is surprisingly quick.

A hybrid power train four-cylinder engine that has all the benefits of a proven hybrid system.

Running flawlessly as its reputation, you may have best selling price of your Camry even a decade from now. 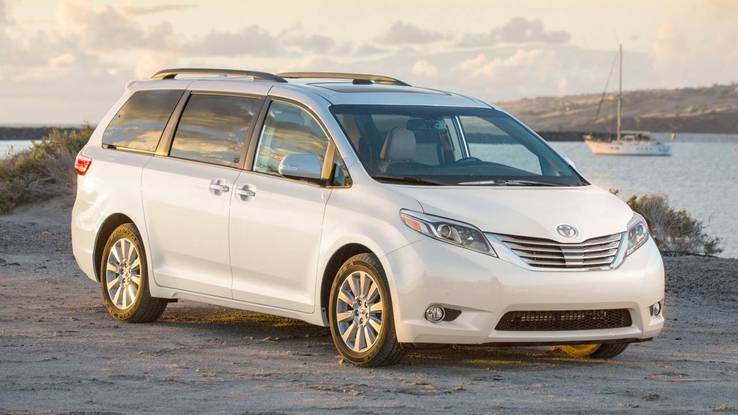 The outward appearance of Sienna hasn’t changed much since 2015 and it welcomes updates to the interior and has a revised suspension with stronger body structure and the capacity of Seven- or eight-seats makes it the massive cabin, with optional second-row lounge. A new 3.5-L V6 puts out 296 hp, the highest output you’ll find in the category, working through an eight-speed automatic transmission.

The Sienna offers optional all wheel drive and is the only minivan that offers that – a good sign for those living in the Snow Belt – otherwise owners have to run with expensive run-flat tires on AWD models. This minivan can well haul people and stuff comfortably, efficiently and reliably year after year.