Top 10 Most Futuristic Cars in Development

Cars have evolved rapidly since the past century with advance features. Following are top 10 most futuristic Cars in the Development. 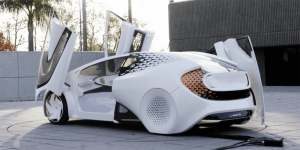 Toyota Motor Corporation has announced a preview of its concept car “Toyota Concept-i”, which embodies its vision of a future mobility-driven company. In this car, artificial intelligence (AI) allows the car to understand the driver, establishing a partnership between humans and cars.

Read Also: Here Are the Most-Googled Car Brands By Country 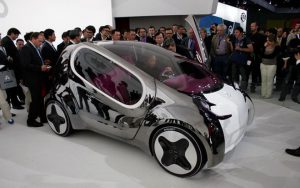 Through Pop, Kia highlights its technological advances through chrome colors, a length of three meters and a space with three seats, an electric power train, side windows of oblong shape and hinged doors. Elements that will have to be added to the many innovations contained in the Pop concept, such as the removal of the side windows, the adoption of the new model of the headrests and the rear lights, surprising lighting of the grille, the cameras installed on the side mirrors, the glass roof over the entire length of the vehicle and the simplistic appearance of the wheels… 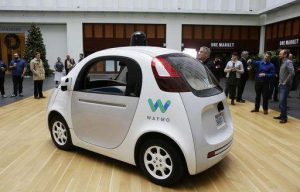 After four years of loyal service, the Firefly, better known as Google Car, is embarking on a well-deserved retirement, as Waymo announced on its blog. Begun in 2013, the project developed rapidly until 2015, when the small autonomous car made the first trip without human intervention, driving Steve Mahan, former director of a center dedicated to the blind in Santa Clara Valley. – Even suffering from this handicap. 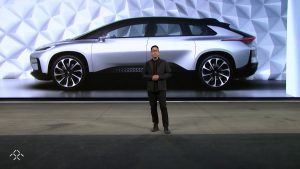 The Faraday FF ​​91 is powered by a 100% electric power train capable of delivering up to 1050 horsepower. Its architecture is based on the VPA (Variable Platform Architecture) platform presented by the manufacturer in early 2016 on the FFZero1 concept.

In terms of performance, Faraday Future announces a 0 to 96.5 km / h shot down 2.39 seconds. The speed peak is not indicated. 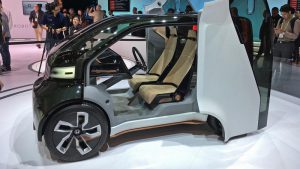 As many automakers engage in the autonomous car, Honda has chosen the Consumer Electronic Show, a show increasingly popular with the automotive world, to reveal the Honda NeuV, a concept -car described as an autonomous electric car and intelligent.

Read Also: List of 10 Sports Cars About to Launch This Year

Far from a standard model, the NeuV chose a rather cubic look with a small vehicle specially adapted to the urban environment for commuting. For now, the manufacturer does not give details about the features of its concept and its autonomous features. 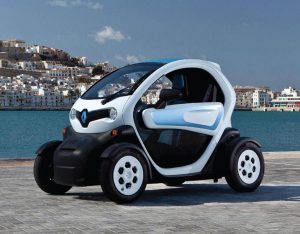 The manufacturer, who does not have his own stand, brought with him a concept car named POM for “platform open-mind”. POM enables the group’s innovation policy to be implemented through a project. 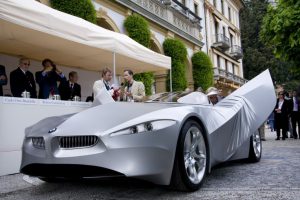 Surely the most singular concept of this year! Here is Gina … The latest invention of the Bavarian manufacturer BMW. This roadster has the distinction of being completely covered with a thin waterproof and stretchy canvas, which gives it a very refined look. But what surprises most is its ability to make itself almost invisible. The opening handles of the doors or the trunk are imperceptible to the naked eye when they are closed. Even more striking, the headlamps are hidden under the cloth eyelids as soon as they go out and the hood lets the engine appear when it is running. 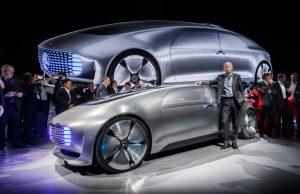 Running on the fuel cell, this amazing autonomous machine anticipates more than 1100 km of traffic. A great luxury when we have that it will have no need for human assistance during travel. To make room for comfort, the seats in the front can turn around, giving way to a real mobile lounge. With the latest equipment technologies (including 6 screens touch screen for managing the engine, the cabin, but also leisure for passengers), this promises. 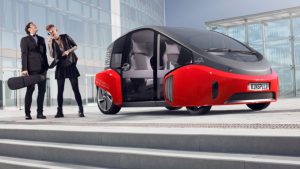 The creator of the Rinspeed Oasis concept car, Frank M. Rinderknecht, has already dubbed his creation “R2-D2 cooler”. It will be unveiled at CES in Las Vegas next January.

The Oasis is designed to be able to do everything an autonomous vehicle is supposed to do, namely to travel from one destination to another without the intervention of the “driver”, but it does not stop there, and also aims to entertain his passengers. 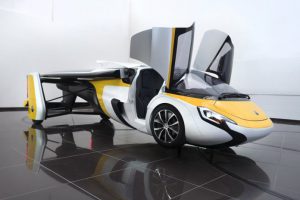 With its gleaming bodywork and futuristic design worthy of a concept car, the Aeromobil flying car does not go unnoticed in the alleys of the Paris-Le Bourget International Air and Space Show (SIAE). But she is not there just to dream. The management team of the company of the same name, its CEO Juraj Vaculik in mind, is in full operation seduction. Objective: to convince manufacturers around the world to buy pre-order this hybrid electric vehicle. The key is the promise of in-flight demonstrations from next year and the first deliveries by 2020.Sell any car with cashyourcaruae.com