List of World’s Best Cars in The Tv History

Cars have had a great impact in the past and even now. These automobiles have made large appearances on the big screen and often overshadow their small screen counterparts, large assortments of memorable vehicles. Four-wheeled stars have shown up on TV as far back as the 1960s and 1970s, when vehicles like the beat up Oldsmobile truck from the Beverly Hillbillies and the Pontiac Firebird from the Rockford Files showed up on the tube. Memorable cars from more recent television programs include the Chevy Impala on Supernatural and the Volkswagen Bus on Lost. All these cars have earned a name for themselves and are memorable because of more than way 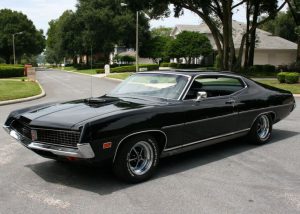 A TV program Starsky and Hutch made the Ford Gran Torino got do popular that Ford actually began producing Starsky and Hutch branded Gran Torinos which featured the same iconic white and red color scheme as the car in the show. Known as the Striped Tomato (nickname) the company produced 1,300 of these models. The fact Ford made these “replicas,” tracking down one of these legends is become very difficult, as the fans and ford both have made replicas. In June, one of the authentic, original Starsky and Hutch 1976 Gran Torinos sold for $40,000. 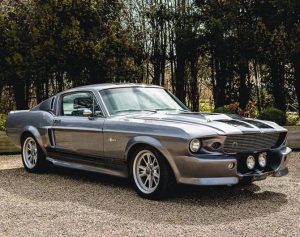 Nicolas cage who plays an auto expert Memphis Raines in the movie “Gone in 60 seconds”, the 1969 Shelby Mustang GT500 is something worth stealing but you shouldn’t. A 400 horsepower engine, lies under the beautifully designed American car exterior. Nicknamed Eleanor, three of cars were built for the film. Sadly, only one survived. It netted $1 million when it was sold in 2013. 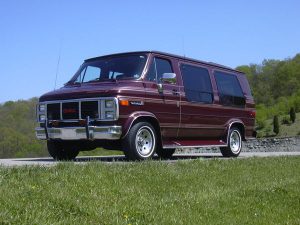 GMC Vandura Vans were decked out with red striping and red and black turbine mag wheels for the classic 80s TV show The A-Team. Mr. T played B.A. Baracus, was the person driving the show. Only two of the original six vans are said to still exist, and they are both housed at the Auto Museum in Miami. Because of the rarity of the vans, fans have taken to building their own replicas, Though the real ones can still be traced. This car has a price tag of $50,000, this car’s great. 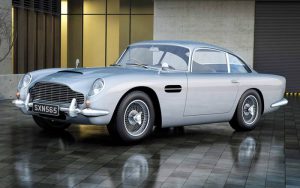 Cars in films? And James Bond isn’t included? Well, we all know that it’s a must to include James Bond. it is very fitting to rank the Aston Martin DB5 along with the other four-wheelers in this list. The car appeared in the 1964 James Bond movie Goldfinger, which stars the young and dashing Sean Connery. Only two were made for the film. The one gone forever after it was stolen and the other now in display at Union Savings Bank’s president Harry Yeaggy’ private museum. This car has the price tag of 1 million dollars.

Two of 1965 Chrysler Imperials were used as the Green Hornet’s vehicle of choice in this classic action show starring Van Williams and Bruce Lee, as Kato. Driving scenes were filmed using to film driving scenes is reportedly in a private collection, but the one decked out with all the gadgets is being displayed at the Petersen Museum in Los Angeles. Dean Jeffries built the “number one” Black Beauty, and it costs around $50,000 to make. Jeffries was commissioned to restore the car to its original condition when car collector Dan Goodman purchased it in 1992; Goodman paid just $10,000 for the car.

All of these cars have earned a name for themselves and truly are masterpieces. The Tv history goes way back in time and above are the most important cars. Unfortunately, all are sold out or you could’ve named one yours.

Read Also: How to find Car buyers In Dubai If you want to sell your car fast?