TRAFFIC OFFENSES IN THE UAE

There have been many accidents in the past years and even now. Countries have researched and UAE has found some sources. It’s not a joke; hundreds of people die every year, whether it is an accident or a disease. The United Arab Emirates has been conducting some research and the results are that most of the accidents occur due to careless driving. To know what these traffic offenses are, keep reading!

Speeding on the road, driving carelessly, not maintaining much distance between your vehicle, not paying enough attention to your driving or using your cell phone which is quite common nowadays are some common reasons for deaths, although there can be more reasons, these are ranked the highest.

Read Also: The Major Reason Behind The Road Death In Abu Dhabi

Believe it or not 50% of the accidents occur due to the usage of mobile phones and not fastening seat belts! 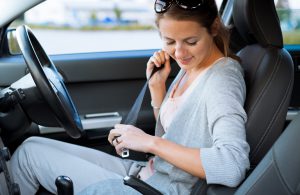 Despite being warned, these actions are still being repeated and are causing more chaos. Even though the numbers of deaths have decreased, comparing the first half of 2016 to the first half of 2017. The behavior of reckless drivers is still a concern for some traffic authorities.

The reason of fewer accidents may be a new law which states that:

There are also some roads and streets which are often known as dangerous, they have probably earned this title due to their width and the number of accidents which have occurred in the past. The following roads are:

Read Also: NEW DRIVING AND ISSUANCE RULES IN THE UAE

The following are ranked from the most to least accidents occurring on the roads^.

To avoid these misfortunes and losses of precious lives, start slow, remain calm and concentrate. What if someone you know is a victim of this behavior (god forbid)? We don’t want that to happen, do we? Our phones can wait, if you do get an urgent call try setting headsets so you can immediately pick up the call with ease and without any distractions. Help make this world a better place and save lives!