Which are the Best Sports Car to Watch out for ?

Sports cars.. what comes to mind? Luxury, respect and even a better grading on your wealth! The year 2017 brought us a lot of sports cars to look into. Some might be your type and some may not, there are plenty of varieties. Who knows? Maybe even help you attract a few girls. 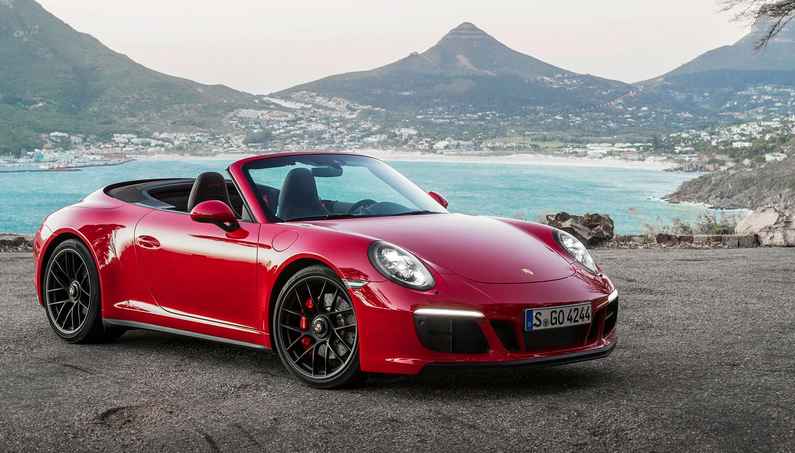 Priced slightly above the BMW M4, the 2017 Porsche 911 Carrera GTS is a car built for speed lovers, quite similar to the BMW M4. With it’s aggressive exterior, it’s indescribably unique and remarkable. Under the hood, rests a 3.8 liters powertrain which also churns out 430 horsepower and also the 440 Nm of torque. This particular sports car is in fact one year elder than the BMW M4. Knowing this, this car is made in 2016 and is capable of going from the 0 to 100 km/h in just only 4.0 seconds (with the PDK transmission) and this also maxes at 306 km per hour. Possessing the price tag of AED 457,400, this car is impeccable. 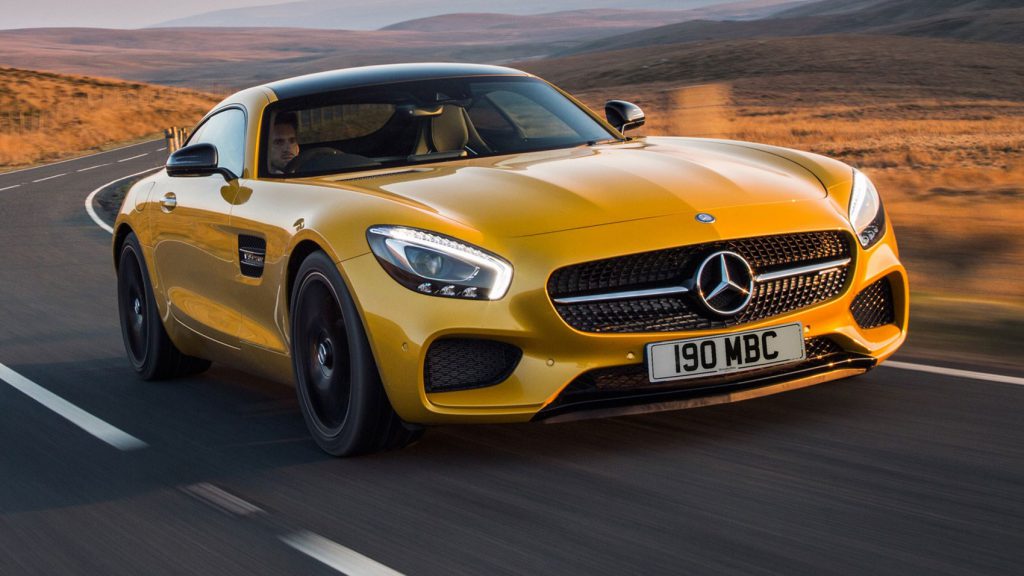 Performance of cars and the 2017 Mercedes Benz AMG GT S be left out? Not a chance. Reading the reviews of the previous cars the Audi R8 and Porsche 911 Carrera GTS are considered its ultimate rivals. Comparing the exteriors of the cars, each of them have their own significance and stands out for sure. The AMG GT S sure stands out and speaks for its name. Some of its features include the twin- turbocharged 4.0L V8 powertrain that yields 510 horsepower and will always be achieving the 100 km/h mark in just the 3.8 seconds also. It just features exclusive AMG Ride Control suspensions and the Race is also regarding the transmission mode. The AMG GT S holds the most expensive price tag of AED 575000. 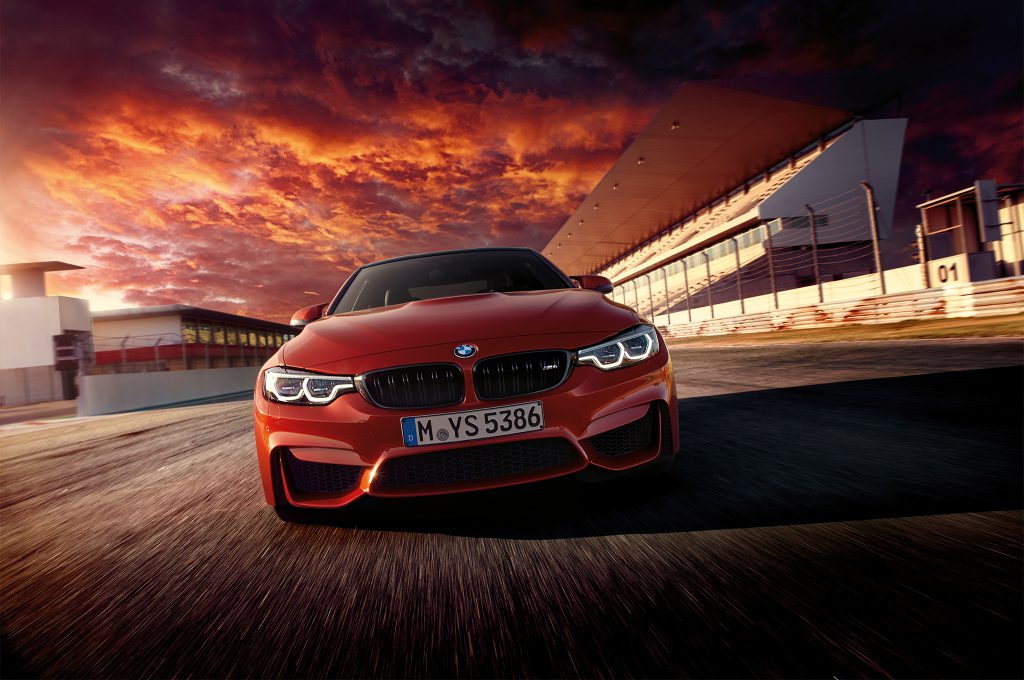 With a remarkable 3.0-liter turbocharged engine the BMW M4 2017’s engine is capable of delivering 431 horsepower and 550 Nm of torque. It’s enormous power can take it up to 250 km/h if it’s paired with a 6 or 7-speed automatic manual approximately in 4.3 seconds. With a price tag of AED 395,000. It may seem expensive but considering what it comes with, we all think a second time. An incredible 3.0 liters turbocharged engine is located under the sporty body kit of the BMW M4 2017. Not only the looks but also the function, hurry up and make it yours! 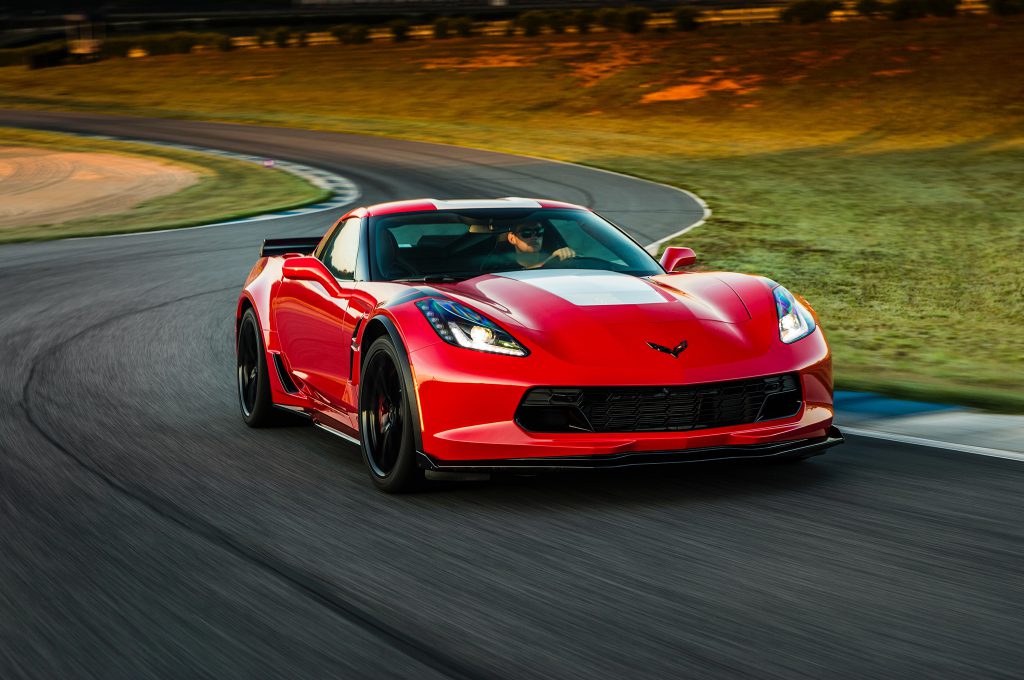 Oh yes, The Chevrolet Corvette 2017 and its matchless performance and affordable price tag have got to be why it’s so favorable. It costs a lot less than its rivals like the Mercedes AMG GT S and still manages to compete with them. Corvette features a lightweight carbon-nano fiber and an aggressively designed body kit. The powertrain includes a 460 horsepower 6.2L V8 unit which can be mated to either a 7- speed manual or an 8-speed automatic transmission system. Take the car to its max and you can go up to 100 km/h mark in 4.0 seconds. The Corvette is priced at a ravishing AED 330,000. The Corvette, affordable and considered as an equal to the higher rate cars, an impressing car indeed.

Read Also: List of Most Dangerous Cars In The History with Highest Death Rate.

Audi R8 2017 cant be called anything but an immense ‘Powerhouse’. Why is that? It’s because it is accessible in two powertrains like a 5.2-liter V-10 that delivers 540 horsepower and a 5.2L V10 plus mill that pumps out a mighty 610 ponies. To reach 100km/h this car takes only 3.5 seconds (from standstill). Although the model doesn’t have any changes and looks quite similar to the older models; The car has reduced in weight for improved and better performance. Thinking of buying one of these? Well, then the approximate price would be around AED 549,000.

Now you know the best and the most favorable sports cars. Choose your favorite, Head up to the show room and name it yours!