The 10 Most Iconic Cars in Motoring History

The automobile industry had a great impact on the world and many cars lead us to the present, However in this industry, there are failures and success, and its only natural, no one is perfect. There were significant cars in history that had inspired the other car companies to rise and build something similar. The cars on this list were not your average motors – each and every one of them had an influence that reached far beyond their original conception.

So sit back, hit the jump and get to scrolling 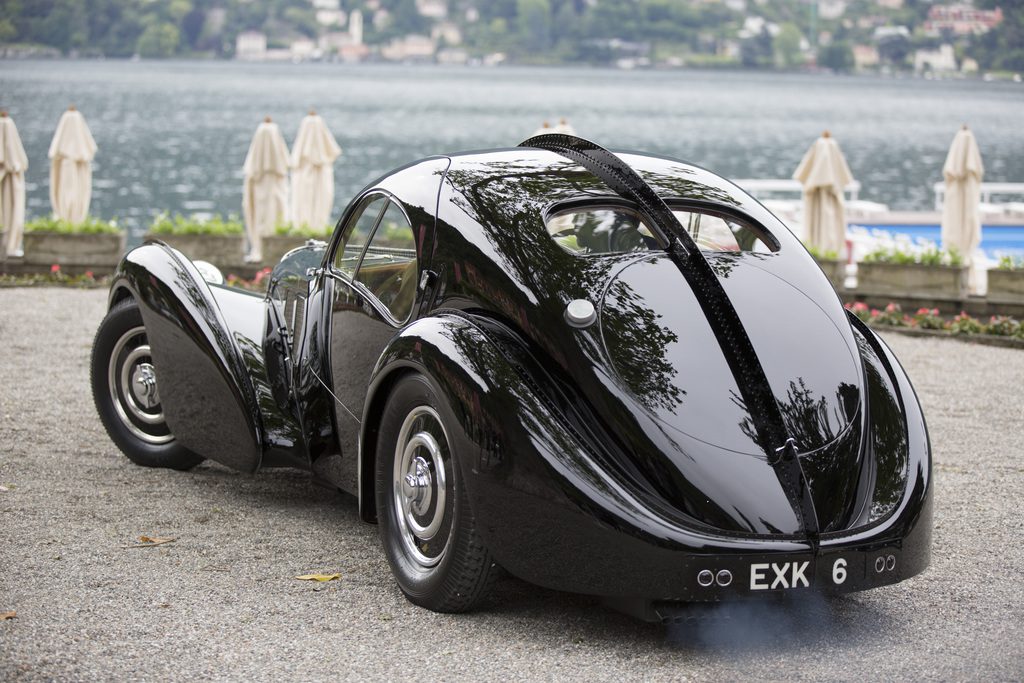 The Type 57 Atlantic is the kind of car that can never be copied, reproduced or emulated without utterly ruining the memory. The sheet metal alone will send you home drooling as if you’d seen the most sensuous woman in the world. With curves galore and an elongated hood, the Atlantic looked like nothing else on the road in its day and still stands apart over the generations. Like a vintage era Batmobile, it’s both Powerful and elegant. It now auctions north of 30 million dollars and is essentially the world’s most expensive car.

Read Also: Comparison Between Diesel & Gasoline Engine, Which is Better? 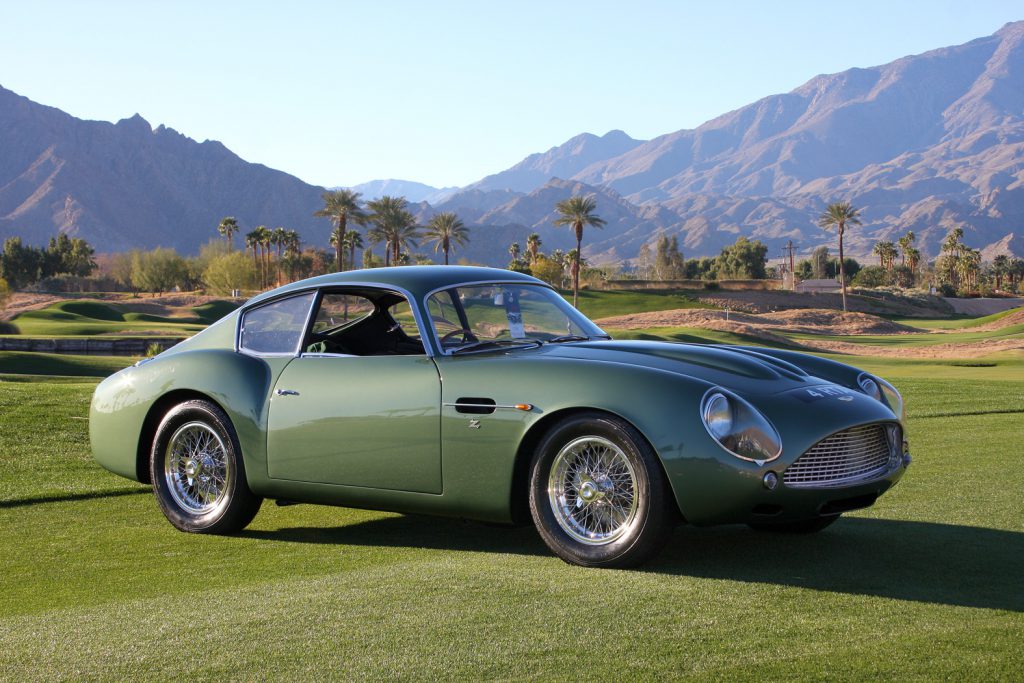 Though not as famous as its younger DB5 brother, it’s even more stunning in our humble opinion. The bulging hood, the big frowning Aston grille, and the spectacular wire wheels, along with the Zagato Italian touch rendered this British car stunningly curvaceous. Limited to only 20 versions, it still trades at over a cool million at auction. 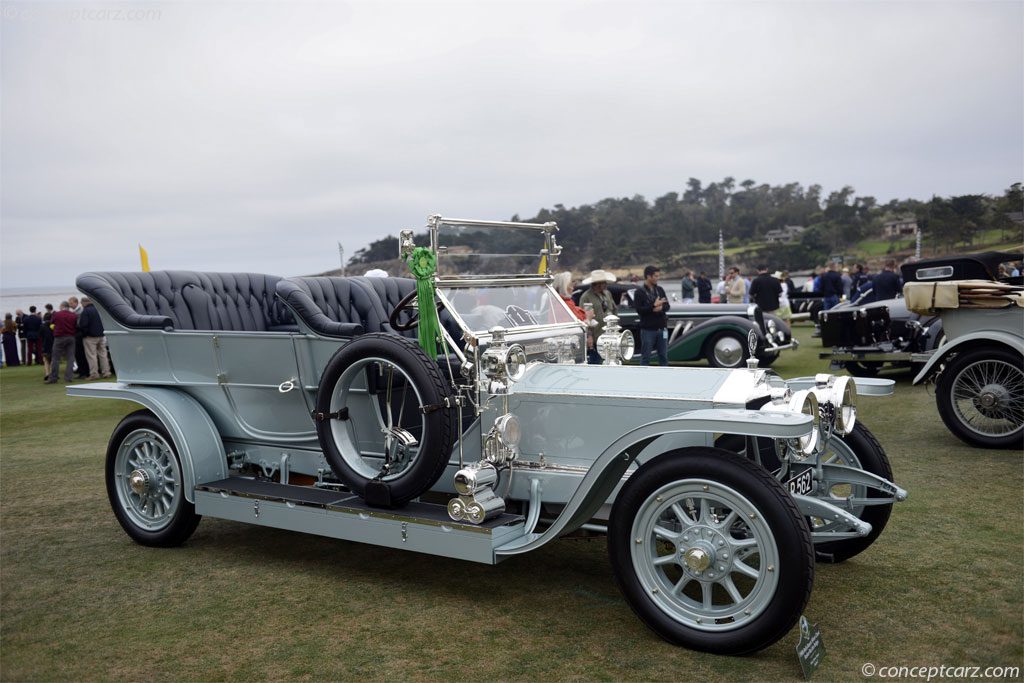 At the time of its development, the beautiful Rolls Royce Silver Ghost was considered to be at the forefront of luxury car design. However, it was to become something much more important than a toy for the rich. In 1914, all Silver Ghost chassis were re-purposed to form the basis for a brand new armored car, and the vehicles ended up playing a significant part in World War I, the Irish Civil War, the Turkish Wars and even World War II. 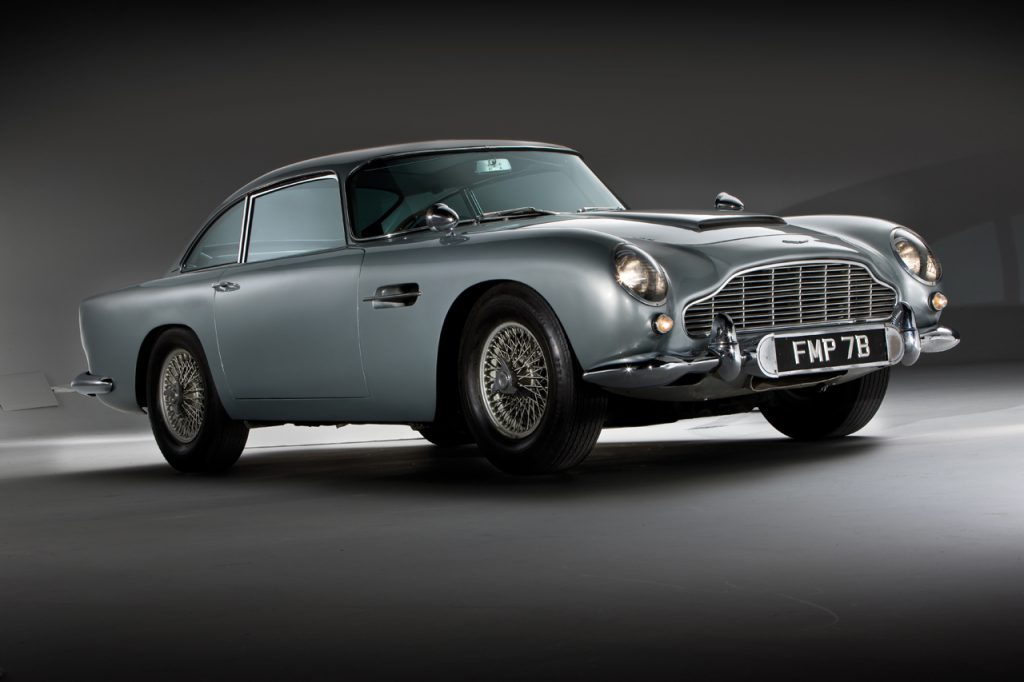 Bond made it famous in Goldfinger, but it would’ve stood on the merits of its own looks. The silky grand tourer was built from 1963-1965 and boasted a then-healthy 282 horsepower, enabling it to reach 145 mph at the top end and zero to sixty in around 7 seconds. 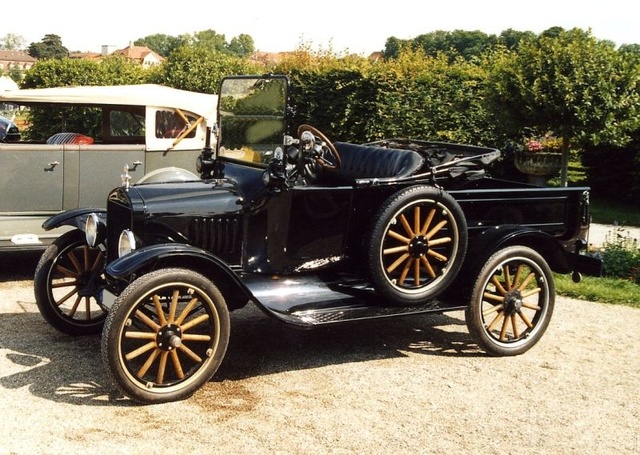 The Model T – colloquially known as the Tin Lizzie – is generally regarded as the first affordable car in the world, and the vehicle that opened up a world of automobile travel to the middle classes. Ford’s assembly line production made it all possible, setting a standard of manufacturing that influenced almost every industry in the world. 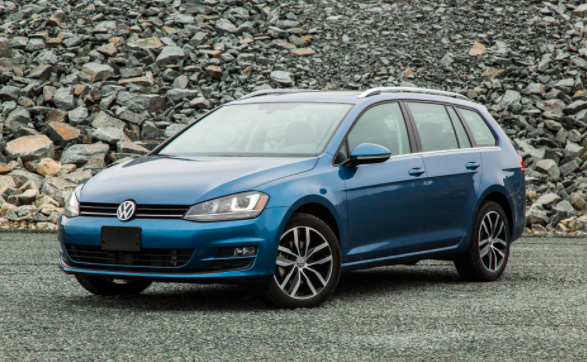 Roomy, good to drive, fast, fuel-efficient, nicely finished, durable, affordable, there could be nothing better right? It said that the NOx was created by this car (most part of it) and that is why it is not available in the showrooms for purchasing, the creator Rudolf diesel was a real person and not just a nickname for the car’s owner. Lightning causes most NOx. ALL cars in the world contribute just 0.01 percent of it.

Read Also: Top 10 Tricks to Make Your Car Cleaner Than Ever 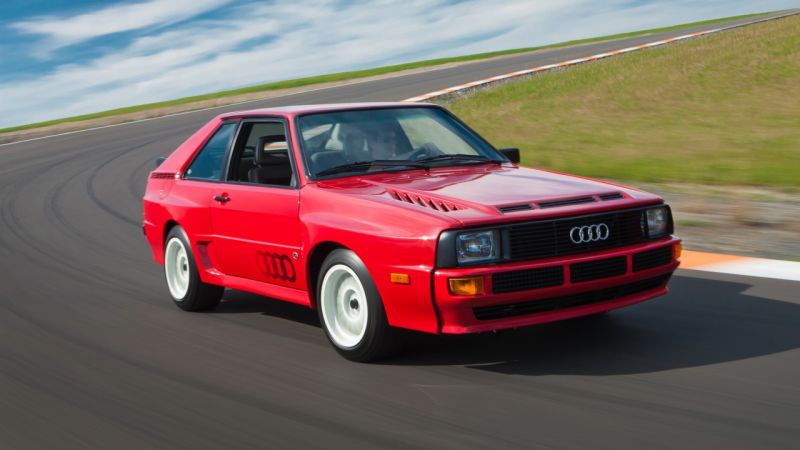 Another launch-date criterion deviation, but I have an excuse this time, as you will soon see. Dr. Ferdinand Piech, Dr. Porsche’s grandson, was running Audi and wanted something to distinguish his cars from the competition. His engineers had developed a four-wheel drive system derived from the Volkswagen Iltis military vehicle. Piech figured this might be what he was looking for. Introduced in rally cars in 1980, the system allowed Audi to dominate World Championship Rallying and also allowed Audi to punish vastly more powerful rear-drive cars in sedan racing even when it wasn’t raining. Until, of course, they were banned for being — well, too good. So, launched too early to qualify for my list. But it wasn’t until the late ’80s — after Wheels started — that four-wheel drive really migrated into more normal production cars. No, I have not forgotten about the American Motors Eagle or early Subarus. But it was Audi that really got this ball rolling. Today, you can barely buy a luxury car that doesn’t have a full-time, four-wheel drive. And no, I don’t know why ‘Quattro’ has a lowercase ‘q.’ 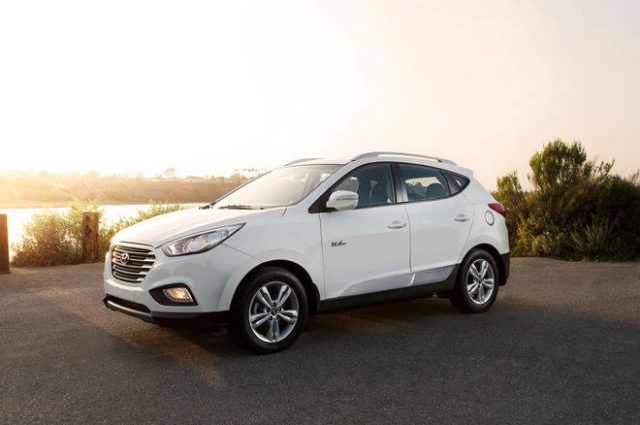 the inclusion of the Toyota Prius, was necessary don’t you think? It’s the only pure hybrid. Although, there are many other cars like the Nissan Leaf or the admittedly excellent Tesla, Chevrolet Volt, why are they not in the list? Well, it’s because the only function they have are dead batteries “There are three types of liars in the world: liars, damned liars, and battery engineers.” I personally believe that this statement is true as they all make excuses and the batteries still end up dying. When you burn the hydrogen, you get water. Zero emissions. No batteries, so no recycling issues when they die. Hydrogen could even be piped to almost every street corner in existing pipelines, making the so-called ‘infrastructure’ issue, in fact, a near-zero issue. 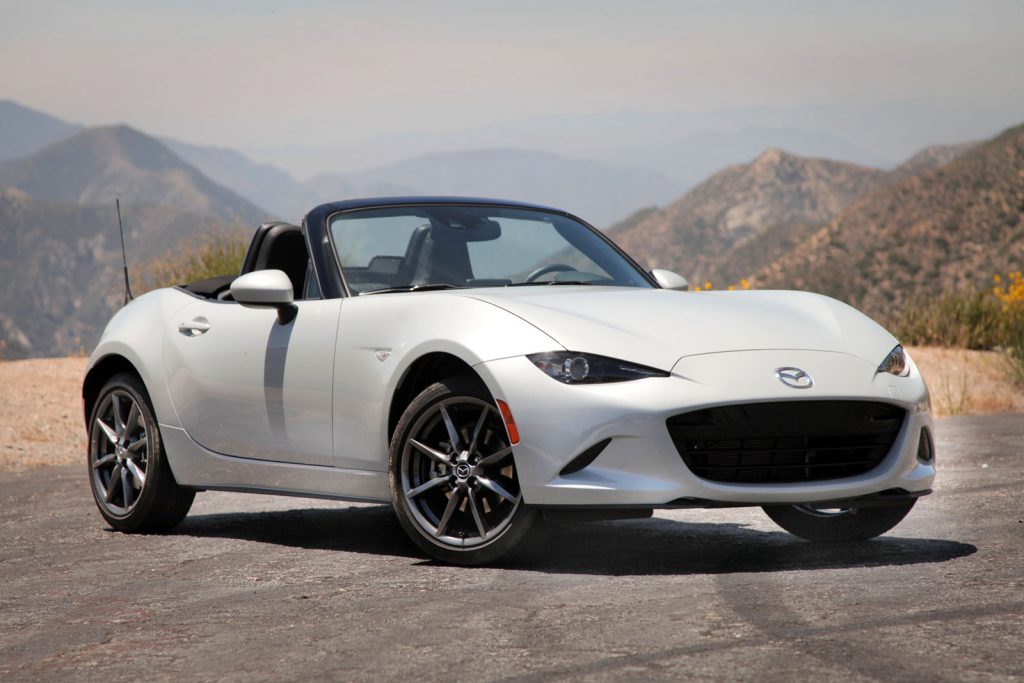 Its goal is to prevent oil leaking onto your driveway. The lines were lifted straight from a model of the mid-’60s. But still remaining as one of the purest driving experiences is fine right? Also considering it’s cheap. It’s bulletproof. It is sometimes known as a “woman’s car.” So what? Women can like sports cars, too. It is also the most-used production car in the world. It defines brought some fun as the 1980 old cars were too boring to even forget.

The LS400 was better than contemporary Mercedes-Benz E-Class. Sure, it wasn’t even a match with its Japanese co-conspirator, Infiniti Q45. Toyota’s 20-year planning allowed them to efficiently sell an $80,000 car for $50,000. But the Lexus good quality and great customer service records simply forced all other carmakers to up their games. 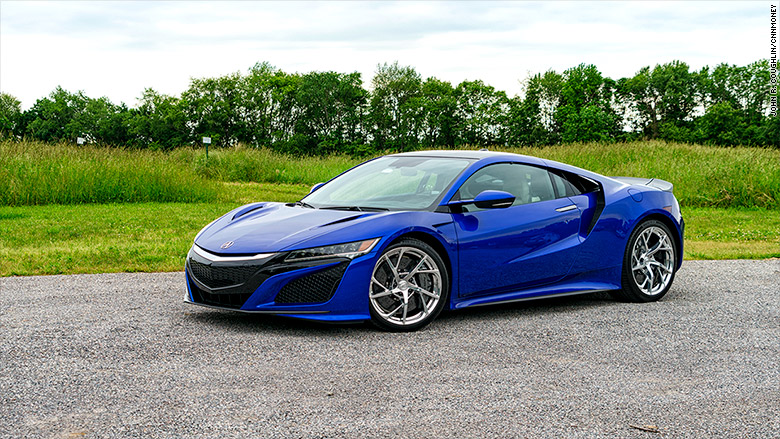 Its aluminum structure is technologically much advanced, handled with the very best, was fast yet remarkably frugal, because of its V6 engine. Only a less impress interior makes it side down a little. This car stands up astonishingly well for a 26-year-old car.

The first Corvette2014 C7 that could be compared to the best the world could offer except the slightly negative impact of hike in price. It is still cheap as compared to any car that can even stand to run with it. The technology of Magnetic Ride Control, it launched several generations ago offers the best ride-handling balance in the industry, a small-block V8 that traces its legacy almost back to the first-gen Corvette, such a fit finish and interior design made it light years ahead and definitely it is a remarkable car. 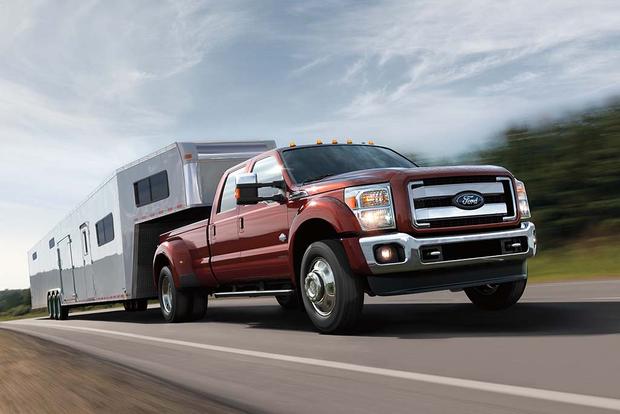 The F-Series has been around since ages. But the 2015 model was the first high-volume product to take weight reduction seriously after the use of aluminum in its construction. Even Henry Ford knew lesser weight is the key performance enhancer in every aspect of vehicle efficiency. But the lesser weight theory in the F-Series didn’t result in a very sizable reduction in the truck’s EPA fuel consumption numbers, even though this is the bestselling vehicle in North America. That’s the reason Ford F series highest produced vehicles in the world.

Per Gillibrand, chief engine engineer for SAAB said that four-cylinder turbo can give a performance with good fuel consumption and low emissions. The SAAB 900 and other models which used this system did all of the above, except it faces little of the turbo lag that has often associated with any turbo engines. For the sake of road rockets, the consumer never minds the high-pressure turbocharged SAABs. Now even today everybody loves four-cylinder turbo. SAAB,