Here Are the Most-Googled Car Brands By Country

We will give you a brief overview of the most googled car brands by country. The first place of car manufacturers has been played for a few years between Volkswagen & Toyota. In 2016, Volkswagen won the duel by registering the biggest sales of vehicles around the world. However, this infographics of the top builders by country clearly show that Toyota literally crushes the competition when it comes to popularity by country.

The infographic was made in the UK. It shows a map of the world with the most sold car brands by country. Some countries are unfortunately not represented, including Ivory Coast. I guess it’s because there is not a brand that really dominates in these countries. Be that as it may, this study shows that Toyota is the leading brand in several key regions of the world, the most googled car brand, including Africa, Asia, and Latin America. In total, the Japanese car brand is leading sales in 49 countries around the globe. 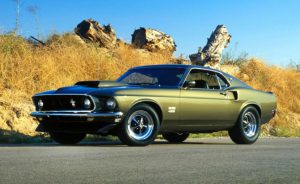 Far behind in second place is Volkswagen, which dominates car sales in only 14 countries. Most of Volkswagen’s sales are concentrated in Europe and include Germany, Switzerland, Sweden, Belgium, the Netherlands, Croatia, and Byelorussia.

In third place of the best brands by country is the American Ford, which manages to capture the majority of vehicle sales in the United States, Canada, and New Zealand. In fourth place was Renault and Skoda, have that are tied with six each country. Dacia and Fiat are also tied for fifth place with five countries each.

In summary, here are the Top 5 most googled car brands by country:

1- Toyota most popular in 49 countries

2- Most popular Volkswagen in 14 countries

3- Ford most popular in 8 countries

4- Renault most popular in 6 countries

4- Most popular Skoda in 6 countries

5- Dacia most popular in 5 countries

5- Most popular Fiat in 5 countries

In Ivory Coast, the most popular car brand could probably also be Toyota, given the number of taxis and other personal vehicles of this brand found in Abidjan and the rest of the country. On the other hand, according to the Google search statistics, BMW  is the most sought after car brand in Ivory Coast on the Net.